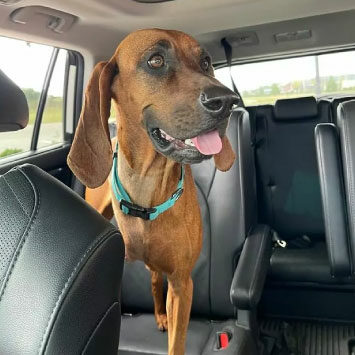 Annabelle is a sweet one year old lady who weighs about 40lbs. She was hit by a car and taken to the hospital where the veterinarian advised her owner that the damage to the leg was too severe and needed amputation. The owner decided against that and took her home where she spent four months in a room with a painful injury and began trying to chew off the damaged leg on her own. When the leg became infected the owner turned her over to a local shelter who contacted us immediately for help. Annabelle’s leg was amputated, and she has adjusted very well to being a tripod since she had not used that leg for months. She is a sweet girl who loves to snuggle up with her humans.